Visit the two islands in one trip, this journey is going to take you through 7000 years of history where more civilisations were created and developed. This journey will show you the most popular attractions and landmarks of the Meditereanean with all traditions of the societies. 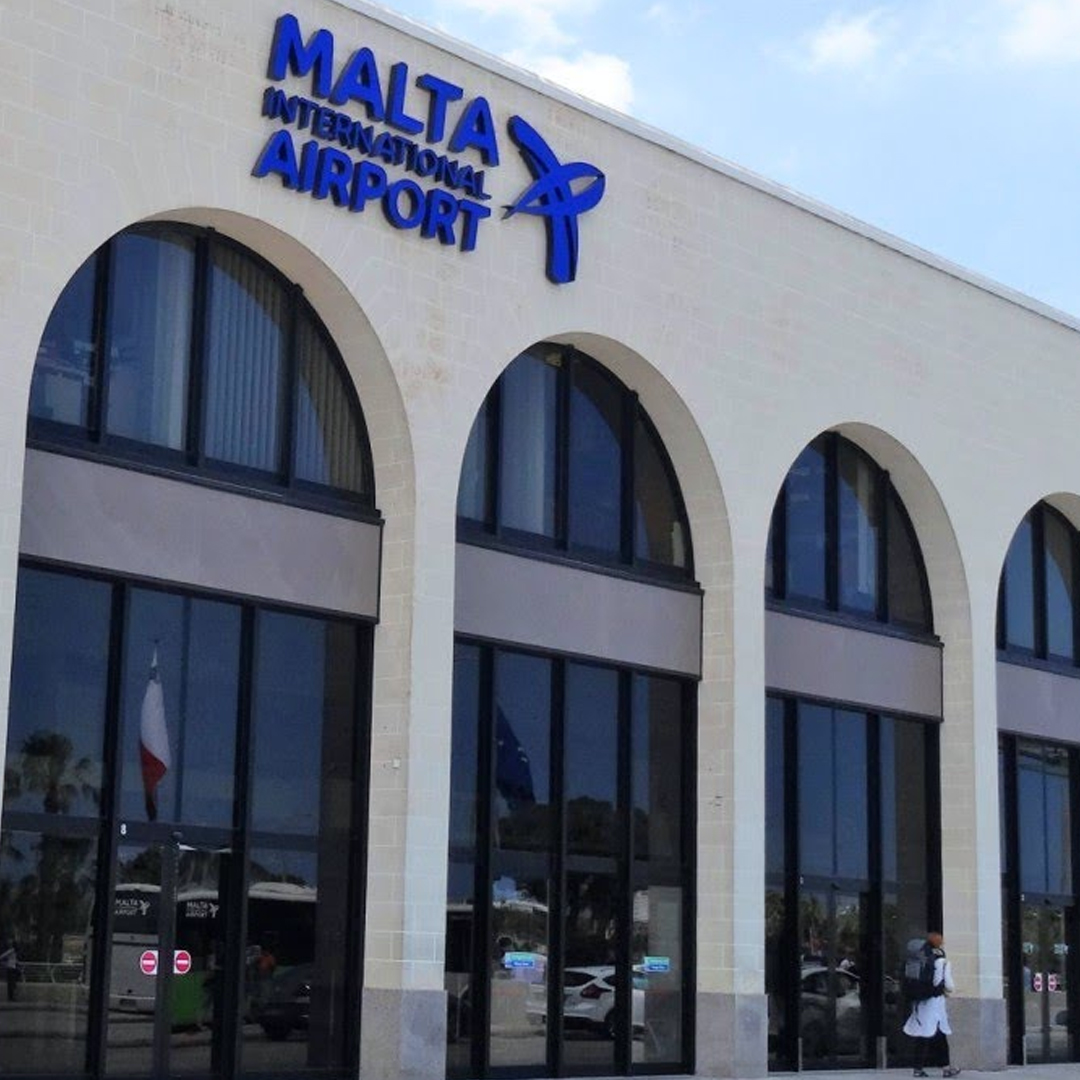 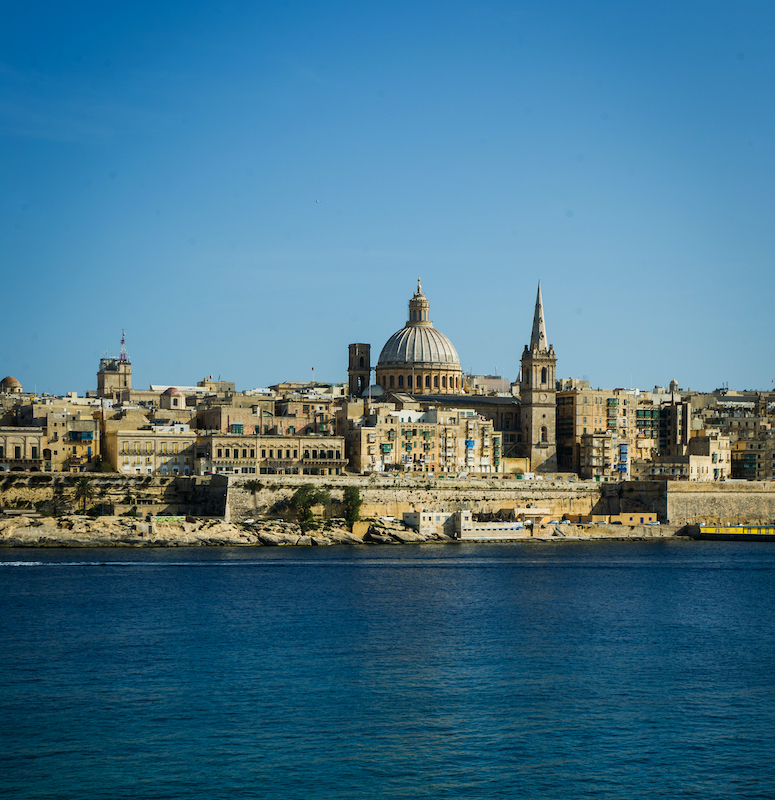 Departing from the Hotel around 8:30 we will go to Cirkewwa Port where we will take the Ferry to visit Malta’s sister island Gozo, known locally as Għawdex. On the way to Gozo we will see the small Island of Comino harbouring the wonderful waters of the Blue Lagoon. The island of Gozo is also renowned for its magnificent beaches and their pristine water. We will vist Marsalforn Bay and Xlendi Bay. We will also make a photo stop in Xwejni, where to this day the saltpans are still used to gather sea. Gozo is filled with notable natural features, gloriously bizarre natural rock formations punctuate the country side including the Inland Sea and The Fungus Rock. We will visit the ancient fortified Cittadella, with its salt distinctive skyline and imposing military architecture, later we will roam the winding streets the city of Rabat (Victoria) and find historic buildings, chapels and holy Afterwards we will spend some time at the wonderful Ramla Bay or as better known “Ramla il-Ħamra” – the Red Sandy Beach! Ramla is a wonderful place to swim, snorkel and chill out in the sun. This beach has also been featured in several blockbuster movies such as Troy. 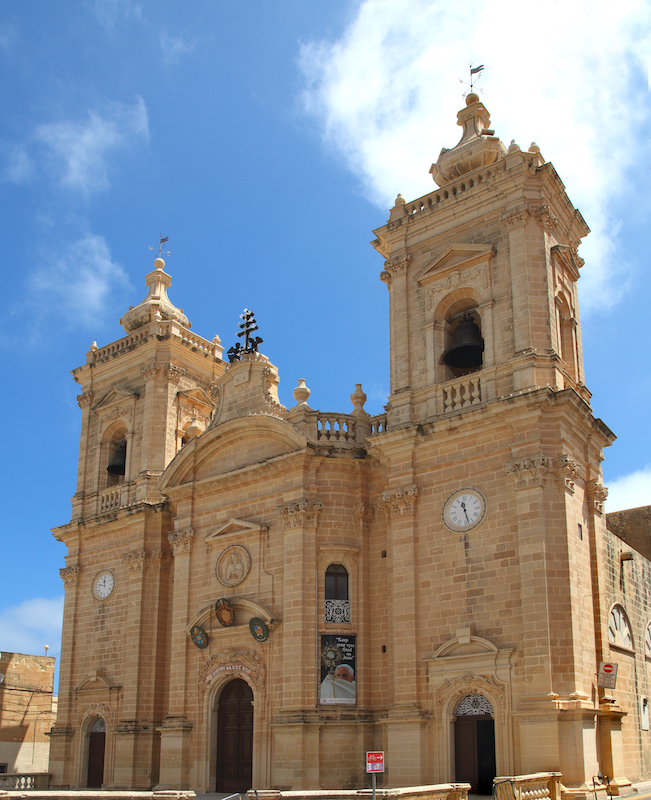 Departing from the Hotel around 8:30 we will go to Cirkewwa Port where we will take the Ferry to visit Malta’s sister island Gozo, known locally as Għawdex. On the way to Gozo we will see the small Island of Comino harbouring the wonderful waters of the Blue Lagoon. Gozo is filled with notable natural features, gloriously bizarre natural rock formations punctuate the country side including the Inland Sea and The Fungus Rock. Comino has been featured in a countless number of movies such as the Blockbuster movie, Troy and the Count of Montecristo. We will visit the Inland Sea of Dwejra, where the famous Azure window used to be. This site has been featured in many movies and TV series such as Game of Thrones, The Count of Monte Cristo and many more. From here we will head to the *Ta’ Pinu Shrine. Pope John Paul II went to Ta’ Pinu church, celebrated mass in the forecourt and decorated the image of Our Lady with five golden stars, which represent the devotion of the people in the island of Gozo for the blessed Virgin Mary. We will walk through the narrow and silent streets of the recently restored, yet ancient fortified Citadel; the area has been inhabited since the Bronze Age. For centuries, the Citadel served as a sanctuary later from attack by Barbary corsairs and Saracens. At several times during Gozo's history, these raiders took its population into slavery. The City is quite imposing, with its distinctive skyline and imposing military architecture, later we will roam the winding streets of the city of Rabat. Overnight stay at the Hotel. 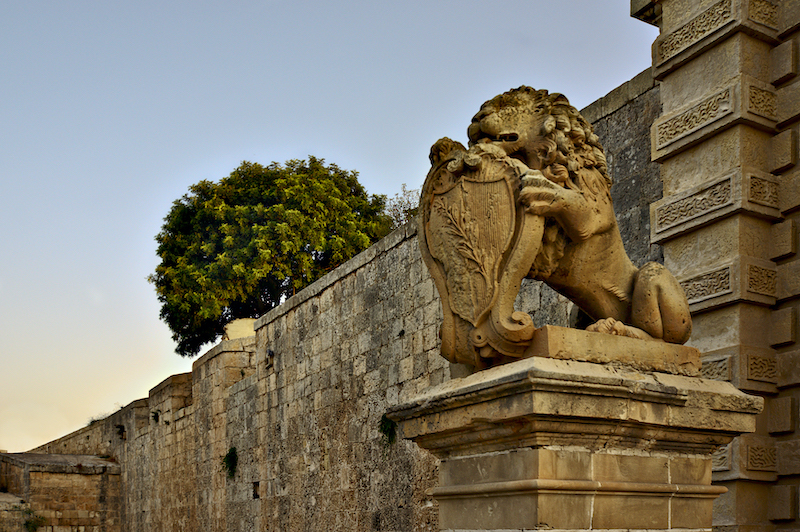 Departing the Hotel at 09:30, we will visit the San Anton Gardens one of the most beautiful gardens in Malta with a large variety of beautiful flowers and plants. This garden has been open to the public since 1882 and it was built by Grand Master Antoine de Paule to complement his summer residence, San Anton Palace, which today is the residence of the Maltese President. We shall then continue to the cliffs of Dingli on Malta’s Western coast. They stage the highest point of the Maltese Islands at around 253 metres above sea-level. The cliffs propose a majestic sight, particularly if viewed from a boat while cruising, but also from the top - the views are breath-taking, overlooking the small terraced fields below, the open sea, and Filfla, the small uninhabited island just across. From Dingli we shall travel to Mdina and Rabat. Mdina is a fortified medieval town enclosed in bastions, located on a large hill in the centre of Malta. The town was the old capital of Malta, and with its narrow streets, few inhabitants and beautiful views over the Island it is truly a magical town. Mdina is referred to as the “Silent City” as the town provides a relaxing atmosphere among the visitors walking its narrow streets and alleyways. It was home then, as now, to Malta's noble families; some are descendants of the Norman, Sicilian and Spanish overlords who made Mdina their home from the 12th century onwards. Rabat is a village located just outside Mdina. The name of the village means a 'suburb' in Semitic, as it was once the suburb of Mdina, the old capital city. In the Afternoon we will spend some time at the Popeye Village FilmSet and Fun Park. Popeye Village Malta has grown from its days as a Film Set of the1980 Musical Production 'Popeye' into one of the major tourist attractions on the Maltese Islands filled with a number of colourful fun activities for all young and young at heart.Or we can stop for Photo sat Anchor Bay and enjoy the view. Overnight stay at the Hotel. 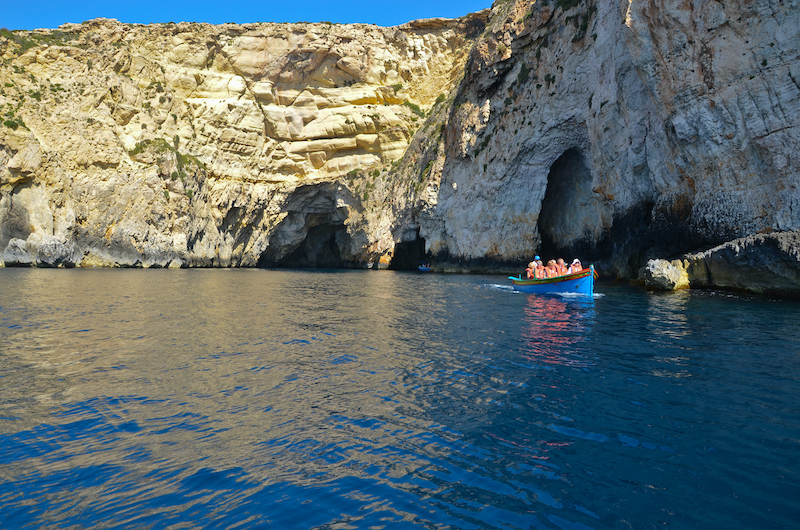 Departing the hotel at around 09:30 we will visit the south of Malta. We will stop and view the Blue Grotto from above and later stop at the small Harbour of Wied iz-Zurrieq. Later we will visit the picturesque fishing village of Marsaxlokk. This small village is popular for a daily open-air market, offering a selection of the finest fish restaurants on the island, for the peaceful walks around the coast and harbour, as well as for its secluded and untainted swimming zones. We will then proceed to visit the Three cities where the Guide will walk you through the fortified of Cospicua, Senglea & Vittoriosa. The Three Cities offer an intriguing insight into Malta and its history. Left largely unvisited, these cities are a slice of authentic life as well as a glimpse into Malta's maritime fortunes. The Three Cities can rightly claim to be the cradle of Maltese history, as Vittoriosa, Senglea and Cospicua have provided a home and fortress to almost every people who settled on the Islands. Their harbour inlets have been in use since Phoenician times: the docks always providing a living for local people, but also leaving them vulnerable when Malta's rulers were at war. As the first home to the Knights of St. John, the Three Cities' palaces, churches, forts and bastions are far older than Valletta's. In the afternoon we shall relax and enjoy the wonderful beach of Golden Sands beautiful sandy beach set within a cliff face in North West Malta and is the first and most popular sandy beach in Malta together in a chain of beaches together with Ghajn Tuffieha and Gnejna. Golden Bay is located along unspoiled and undeveloped countryside and the sand at Golden Bay is light cream colour with fine clean corns. The blue sea and the cliffs surrounding the bay provide excellent snorkelling. Golden Bay has a large beach, beautiful waters and facilities. Overnight stay at the Hotel.

Transfer from Hotel to Valletta Port to take Catamaran to Sicily. Noto is famous for its Sicilian Baroque Churches and Palaces, here you can also enjoy a very tasteful gelato, during our walking tour and then continue to Syracuse At 9:00 Arrival by catamaran in Pozzallo. On the way to Catania we visit Noto and Syracuse. We will start with a visit to the archaeological area called Neapolis, with the famous Greek theatre, the Roman amphitheatre, the Ear of Dionisio etc. Continue the visit of another amazing part of the city: the Ortigia ancient island where we can admire from outside the Castle of Maniace, the Aretusa fountain (on the sea), the Cathedral and the Apollo temple near the street market with all the spices vendors. Arriving at the hotel – afterwards you can walk around the city to discover Catania. Catania’s historic core is a UNESCO-listed wonder, where black-and-white palazzi tower over sweeping baroque piazzas. One minute you’re scanning the skyline from a dizzying dome, the next contemporary art in an 18th-century convent. Indeed, food is another local forte. This is the home of Sicily's iconic pasta alla Norma and the extraordinary La Pescheria market. Free time for dinner and overnight at the booked hotel.

After breakfast in the hotel, departure around 09:30 to Ragusa and Modica (1,30 hrs) for a full day visit of both cities. Meet the local licensed guide in Ibla-Ragusa ancient area, with its Baroque Churches and buildings and visit the city that is a joy to wander and its lanes weaving through rockgrey palazzi to open onto beautiful sun- drenched piazzas. Continue to Modica, with its lovely houses and Churches and the chocolate pastry shops. Taste a chocolate bar in Modica! Return to Catania. Free time for dinner and overnight at the hotel. 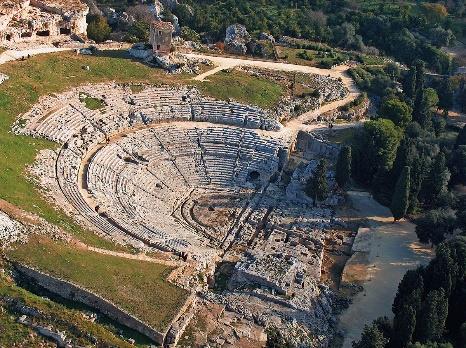 After breakfast in the hotel, departure around 09:30 for Etna volcano excursion (1hr distance) and Taormina. Arrive at the Cratere Silvestre for a stop with a panoramic view over the sea and the area. You can buy some lavic stone souvenirs. Then Continue to the discovery of Taormina, Known as one of the jewels of Sicily. It is situated 1 hour drive from Catania and it is a small town that is considered one of the jewels of Sicily, perched on a cliff at 200 metres high and it offers an incredible view of the sea and the Etna volcano: see the Greek Roman Theatre and the Cathedral together with all tiny little streets rich in shops and boutiques. Taste the Sicilian Cannolo, the delicious ricotta cheese pastry that is an iconic experience. Evening Flight from Catania Airport or return to Malta by Catamaran.